Just when the markets thought it was a slam dunk for a US rates rise this month, the fallout from the events in China over the last month have resulted in a time out until the consequences are absorbed. The path to normalisation as it is known in financial circles (interest rates at historically normal levels) has been re-routed as all eyes focus on what is happening to the Chinese economy. The cut in Chinese interest rates by 0.5%, the devaluation of the currency and the falling stock market are symptomatic of a slowdown and the need to stimulate demand however, it is the underlying deflation that is likely to be exported to the rest of the world.

Low inflation and weak manufacturing data in the US had put somewhat of a dampener on rate rise expectations but the addition of a further 200 thousand plus jobs and a revision to a stronger than expected Q2 GDP at 3.7% had pointed to action from the Federal Reserve in September. It’s still possible that this might happen but in the context of China, the likelihood is a push back until early 2016. In the UK, with inflation edging up to just 0.1% (the Bank of England also downgrading its short term inflation forecasts), unemployment rising for the 2nd consecutive month and UK construction at its weakest for 2 years, expectations for a rate rise are being pushed out from 2016 to 2017.

As the western economies have all but ground to a halt, the feeling that the BRIC economies would help stimulate growth is no longer valid. The Brazilian economy has contracted by the most in 25 years, the IMF has predicted that Russian GDP is down by at least 9% this year and with the turmoil in China as mentioned above it looks very much like we are heading back into recession. If any proof were needed, the chart below shows the VIX index (the volatility or “fear” index as its sometimes known) which historically when over 25 reflects a recession as it did in the emerging markets crisis of 2001/2002, the financial crisis of 2008/2009 and the subsequent great recession. 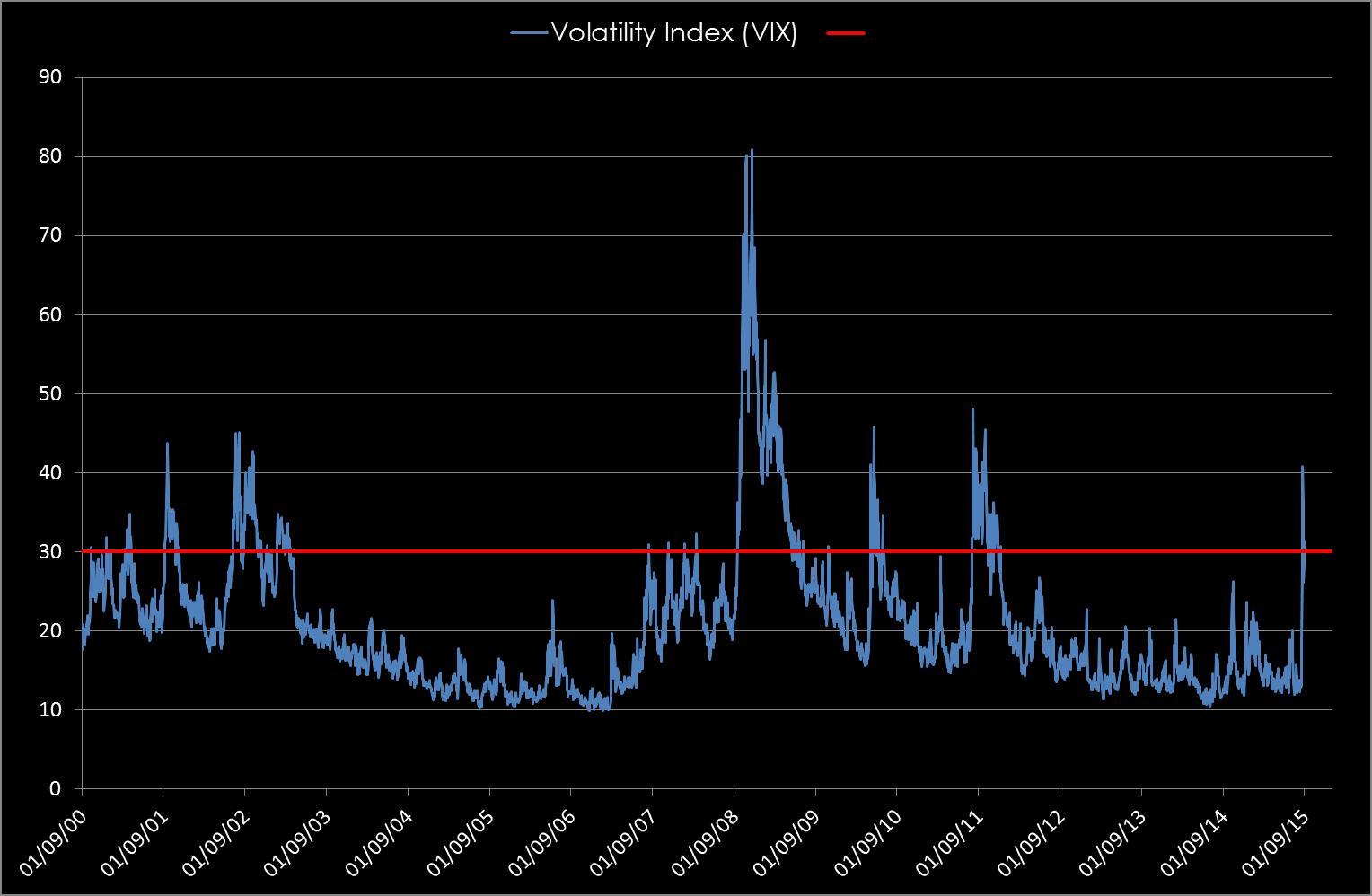