The European Commission’s Economic Sentiment Indicator was published this week, it is of no surprise that growth expectations were at record low levels, but it also showed UK price expectations falling at almost three times the pace of the decline seen during the 2008 financial crisis. The index for non-food prices fell to -28 in April from +14 in March, the all-retail index also fell into negative territory (-6) despite the record demand for food. This is important because these measures have tracked underlying inflation quite closely in the past. Taken at face value this would imply quite acute deflation in the core goods component of the CPI, perhaps something in the order of -2.5% to -5%, but obviously prices will be sticky on the way down in some respects. Nonetheless, by late summer/autumn, falling UK prices at headline level cannot be ruled out. The second-round effects of much weaker household demand and lower oil prices (higher inventory levels and lower transport costs) could continue to exert downward pressure on UK prices for a period up to or beyond the Bank of England’s 2-3 year forecast horizon.

When last month the Bank cut rates to their record low of 0.1%, it seemed as if QE would remain the go-to tool for the foreseeable future. However, the structure of the UK mortgage and commercial loan markets is such that reductions in short term interest rates do provide sizable support towards underpinning household and business cashflow in times of stress. Admittedly the incremental impact of further rate reductions is low, but that should not rule out further action. Obviously the BOE will be looking more closely at whether the negative impact on bank profits is a risk worth taking in order to provide further support to the economy. With market rents likely to be under negative pressure or falling in the months ahead, there is less argument about giving property owners a free lunch at the expense of renters.

Short term interest rates show the market already senses a small probability of a further reduction in rates, with the SONIA strip sitting at around 7-8bp for the next 12 months, and 0% strike LIBOR options trading with only 1-2 bp premiums over the calendar strip. The 5-year swap rate against 3mth LIBOR has now fallen below its previous low in 2016, at just above 0.33%. Similar maturity gilt yields have fallen to just 0.11%, or flat to the prevailing base rate level.

The BOE will need to monitor closely the level of inflation expectations reflected in the market over the coming weeks. If implied inflation rates over the medium term begin to fall sharply, we would expect the MPC to take base rates into negative territory without much hesitation. We therefore recommend our clients begin to take a closer look at their loan and swap portfolios for any mismatches where the loan LIBOR fixes are floored at a level of 0% (or higher) without such language in the related interest rate swaps. For those using historical RPI assumptions for future rent adjustments, it could be worth performing scenario analysis using a much lower or 0% assumption to stress test cashflows. 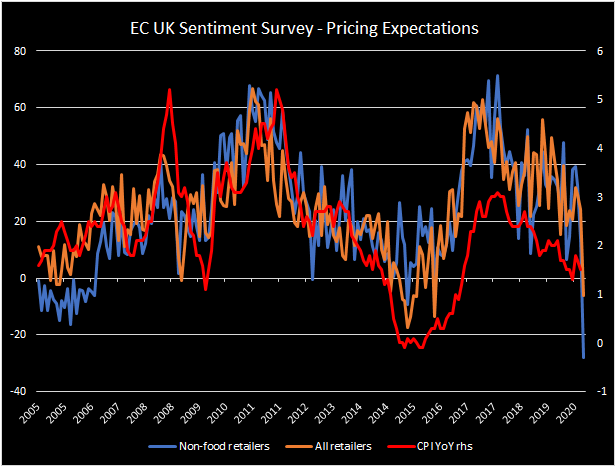