Like the harbingers of doom that appeared before the Brexit vote, the “experts” were adamant that a Trump victory in the US Presidential race would result in financial meltdown. Those predictions could not have been further from the truth as the 3 major US stock market indices reached record highs, the USD strengthened to a 15 year high and capital poured into the US in expectation of further stimulus and a pro-growth agenda. Even the OECD has backed the proposed infrastructure spending plans but also warned that protectionist policies and trade disputes could threaten world growth. The Fed kept interest rates unchanged in November but gave a strong signal that moves were imminent and certainly the Fed futures index sees a December rate rise as pretty much a done deal. With GDP being revised upwards to 3.2% on an annualized basis there is also the economic impetus to raise rates.

The UK has also continued to defy the protagonists of fear as trade, consumer spending and business investment all boosted UK growth. In the 3 months after the vote the UK economy grew with a record number of people employed and retail sales up 7.4% year on year to a 14 year high, fuelled by consumer debt rising at its fastest since pre 2007/08 to a record high of £1.5trn. The Bank of England of course kept interest rates unchanged but warned against rising inflation which is forecast to reach 2.8% by 2018 and then drop to 2.5% in 2019. With wage growth unlikely to grow at the same pace, real wage growth will be negative which is likely to slow consumer spending.

In the Eurozone all eyes are on the Italian referendum on Sunday as fears grow that if PM Renzi loses the vote it may accelerate the path towards a Euro exit for Italy which would undoubtedly lead to a run on their fragile banking system. Away from the politics, EZ economic activity continues to grow as a weakened Euro helped manufacturers grow the most since 2014. Unemployment also fell below 10% for the first time in 5 years and albeit that jobless levels in Greece (23.4%) and Spain (19.2%) remain stubbornly high. The other welcome news this month was that inflation picked up to 0.6% although it is still unlikely to reach the 2% target until 2019. 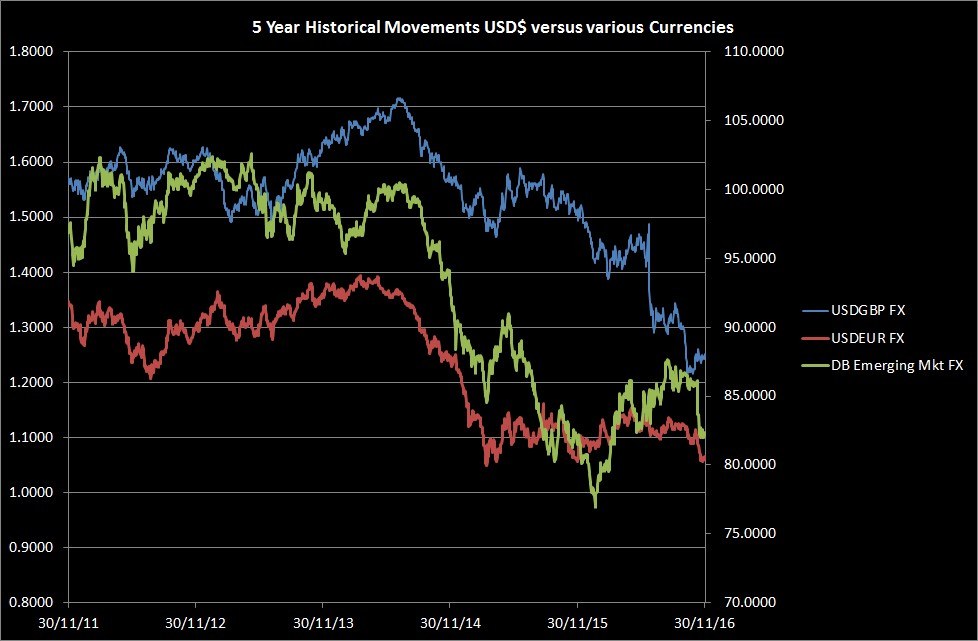