UK GDP increased by 0.3% quarter-on-quarter in Q2, matching the second quarter estimate and the consensus however, the y-o-y growth rate was revised down to 1.5%, from 1.7%. In addition, the latest PMI survey showed a modest deceleration in the rates of expansion in UK manufacturing production and new orders. Exports remain a bright spot and are still rising at one of the strongest rates over the past six-and-a-half years however, manufacturing is also increasingly being impacted by rising cost inflationary pressures due to rising commodity prices and higher import costs from the historically weak sterling exchange rate. This will likely exert further upward pressure on prices and profitability and will add to expectations that the Bank of England may soon decide that the inflation outlook warrants a rate hike. All signals from the Bank of England are for such a rate hike in November, which is now reflected in the market pricing with the 5 year benchmark rate jumping up from 0.69% to 1.03%.

In Europe, the headline inflation was unchanged at 1.5% in September, slightly lower than the consensus of 1.6%. The core rate dipped to 1.1% from 1.2% in August, also lower than the consensus of 1.2%. Overall story is of gradually rising EZ core inflation pressures in response to a robust GDP growth and a tighter labour market. The ECB left its main refinancing rate unchanged at 0.00% in September and also maintained the deposit and marginal lending facility rates at -0.40% and 0.25% respectively. Finally, the pace of QE was confirmed at €60Bn per month scheduled to run until December “or beyond, if necessary”.

The Fed left rates on hold as expected, but signaled that it expects to hike in December with the balance sheet run-off starting next month. The new FOMC forecasts leave in the December rate hike and the three hikes previously expected in 2018. For 2019, the Fed now expects two hikes rather than three, with the final increase included in the forecasts for 2020. The economic forecasts are little changed, though growth for this year has been lifted by 0.2 points to 2.4%. Unemployment is expected to bottom at 4.1% next year, slightly lower than previously expected. Core PCE inflation is now expected to end this year at 1.5%, down from 1.7% in the June forecast, reflecting the run of low readings from March to July. 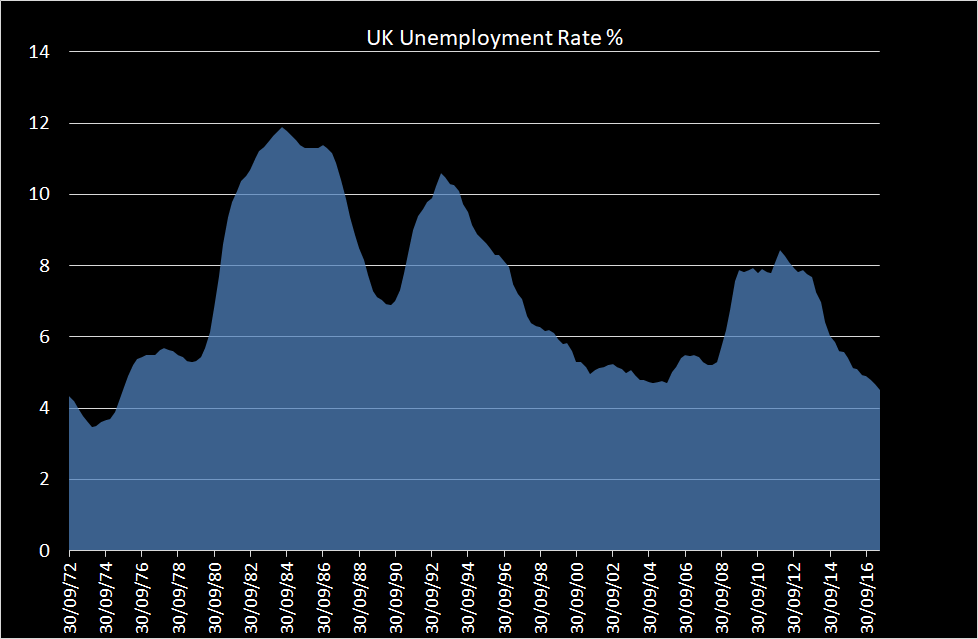