UK petrol prices look set to fall, with not immaterial effect on RPI

UK break-evens have been immune to the sharp fall in oil prices so far because of the focus on risk premia surrounding a hard or no-deal Brexit. Given the distinct lack of tolerance for a no-deal exit, the short-end of the UK inflation-market needs to tread very carefully in terms of sustaining such a risk premia in the face of softening fundamentals for the actual inflation rate.

Within the November QIR the BOE had CPI at 2.18% at end Q1 2019 before the sharp fall in oil prices (they used $81 Brent as Q4 condition within the model, versus $63 spot!). By the spring of next year, if oil prices remain near current levels, we could be looking at an RPI yoy rate of nearer 2.7-2.8% at that time, some 90bp below current 5-year RPI rates.

In essence, UK RPI already looks fully priced for a move down to the 1.15-1.20 level in GBP/USD, so the value of the no-deal hedge looks much less obvious. 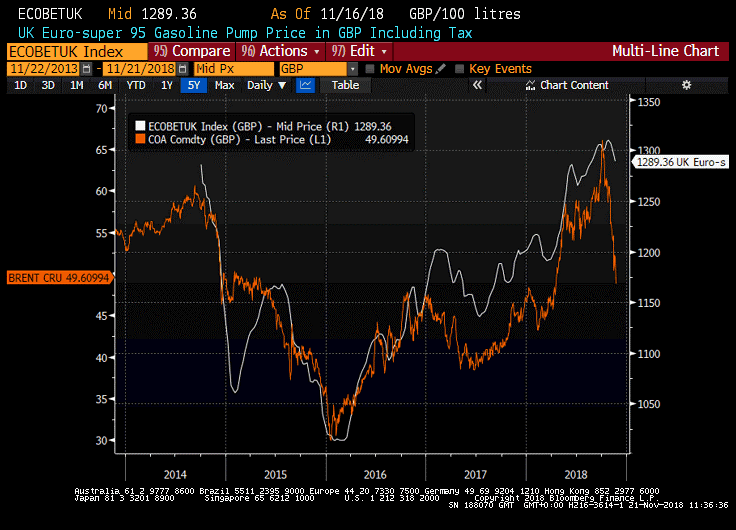